Situated down a quiet, countryside lane in West Sussex and set within 10 acres of land, this picturesque, five bedroom barn conversion with extensions and outbuilding, has been beautifully upgraded by its current owners during their two year ownership. Dating back to the 16th century, the barn, when it was originally converted, was fitted with single glazed windows, including the large central window in the spacious, vaulted and galleried reception room/dining area. With rising energy costs, keeping the building warm and cosy was becoming increasingly costly and the Hampton family decided that investing in new windows would upgrade their thermal performance at the same time as improving the appearance and value of their property.

The large central window could be retained as it was possible to re-glaze it with high performance, double glazed units but the other windows in the barn and extensions were poor quality, mass produced and single glazed and were not wearing well. Parsons Joinery were commissioned to manufacture and install European oak windows, treated with Osmo UV filter oil to retain their blond appearance, which would provide a contrast to the dark stain on the timber cladding and would match with the oak garage doors and bi-folding doors to create a more consistent aesthetic.

The replacement windows, installed in good time before the cold winter weather, have certainly enhanced the appearance of the building, framing the countryside views and retaining the heat generated by the wood burners in the spacious reception rooms. Glazed with 24mm argon gas filled double glazed units with Climaguard A finish, the windows now meet with the thermal requirements of current Building Regulations. 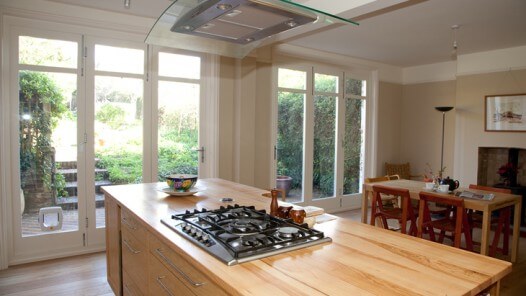 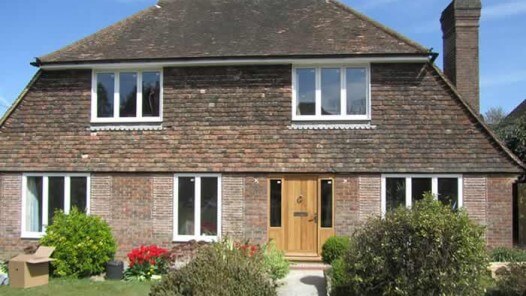 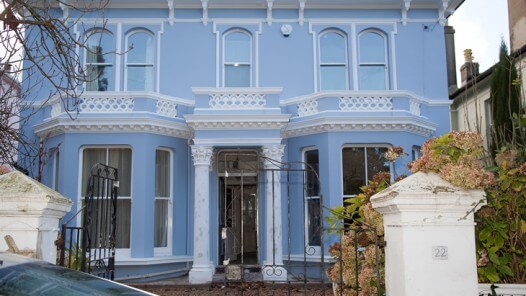