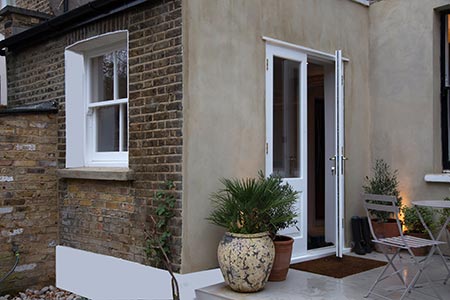 As we leap into spring, you may be considering a home makeover project. With so many of us eager to make good use of our gardens this summer, why not put a beautiful pair of crafted French doors to the top of your priority list? Their ability to incorporate both windows and doors into one design enables them to let plenty of light flood your home. Within the interior design world, their classic, stylish beauty has seen them stand the test of time. In this blog, we take a brief look at the history of French Doors and find out what exactly is so “French” about them!

You may be surprised to learn that the design influences associated with French doors were actually born from Italian Renaissance architecture. Their origins date back to the 16th century, during which time France and Italy were at war with each other. When France left the battle triumphant, they walked away with much more than victory – they also seized a range of Italian artworks and a wealth of knowledge relating to architectural influences, which at that time seemed to focus on symmetry, proportion and geometry.  There was also a heavy emphasis on light at that time, so glass was clearly favoured during the Renaissance era too. These modern developments initiated by the Italians were soon noticed by their French enemies, and the French did not waste any time putting their findings to good use.

The creation of French doors soon followed, and it was towards the end of the Renaissance period (in the 17th century) that beautiful designs, crafted from individual, large panes of glass combined with wood, made their appearance. Their size essentially made them large enough to use as windows or doors. The style quickly became very popular and spread throughout the country and the rest of Europe over the course of the 19th century.

Originally, French doors were used on balconies to allow more natural light into the room before the wonders of electricity were discovered. However, as electricity became commonplace, French doors started to become designed more for their aesthetic appeal, hence why modern French doors tend to me more petite with more panes.

Today, French doors are still loved for their ability to allow plenty of light and fresh air into living areas, as well as their ability to add continuity into garden spaces, creating the illusion of extra space and bringing the natural elements found outside, into the inside of the home. While French doors can be crafted from a variety of materials, timber is strong, resilient and beautiful, and can withstand adverse weather conditions without sustaining damage. Wood is a natural insulator too, so when paired with modern double glazing, timber is the naturally high-performance choice for your new French doors.

Here at Parsons Joinery, we can design, manufacture and install bespoke wooden French doors made from quality natural timber. Whether you are adding some Ooh La La to a modern home or you want new doors to complement a period property, we can craft beautiful designs on site, that are perfect for you.