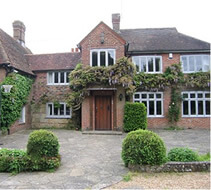 Although many of the listed properties across Sussex and the rest of the UK are very old, the concept of the listing of buildings is a relatively new idea. Introduced during the Second World War lists were created to determine which buildings should be rebuilt in case of damage to them during the bombing of UK cities.

After the war, the 1947 Town and Country Planning Act led to the formalising of the process and the first definitive list of buildings, considered to be of historical and architectural importance was produced.

There are now around 400,000 buildings with listed status in the UK; including private homes, churches, outbuildings and even ones that aren’t ‘buildings’ such as bridges and memorials. Even a zebra crossing has been listed – in 2010 the crossing immortalised by The Beatles on their Abbey Road album was given Grade II status.

Although the rules for listing buildings at first seem quite complicated, they are in fact quite simple: all buildings built before 1700 which are in anything like their original condition are listed, as are most of the buildings built between 1700 and 1840. With anything built after 1840 the criteria is tighter and a building must have architectural or historical importance. The newer the building the harder to get listed and anything post 1945 has to be exceptionally important to make the list.

Taking ownership of a listed building needn’t be a scary prospect, you have the opportunity to live or work somewhere of national importance and the pleasure of finding out all about its history and who lived or worked there in the past. There however are, laws covering these special buildings and you should take a look at the information from English Heritage and do as much research as you can before buying a listed property.

Most properties, in fact 92% of listed buildings, fall under the Grade II category and normally means that listed building consent to make changes to the property, like new timber windows and doors is required from your local authority.

At Parsons Joinery we have many years of experience of working with listed buildings in Sussex and beyond and we can advise you on the best way to preserve your property to be enjoyed for many years to come.